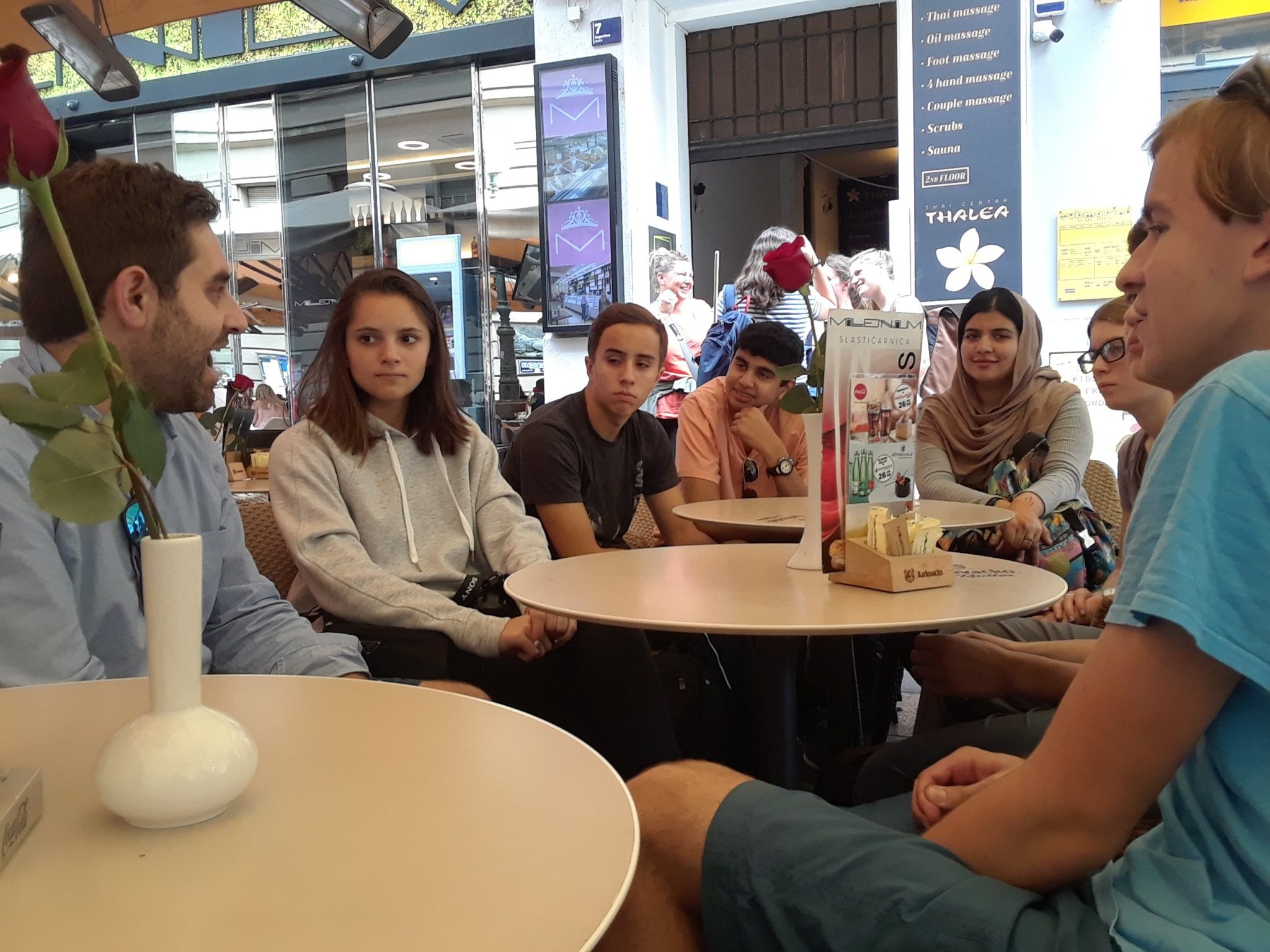 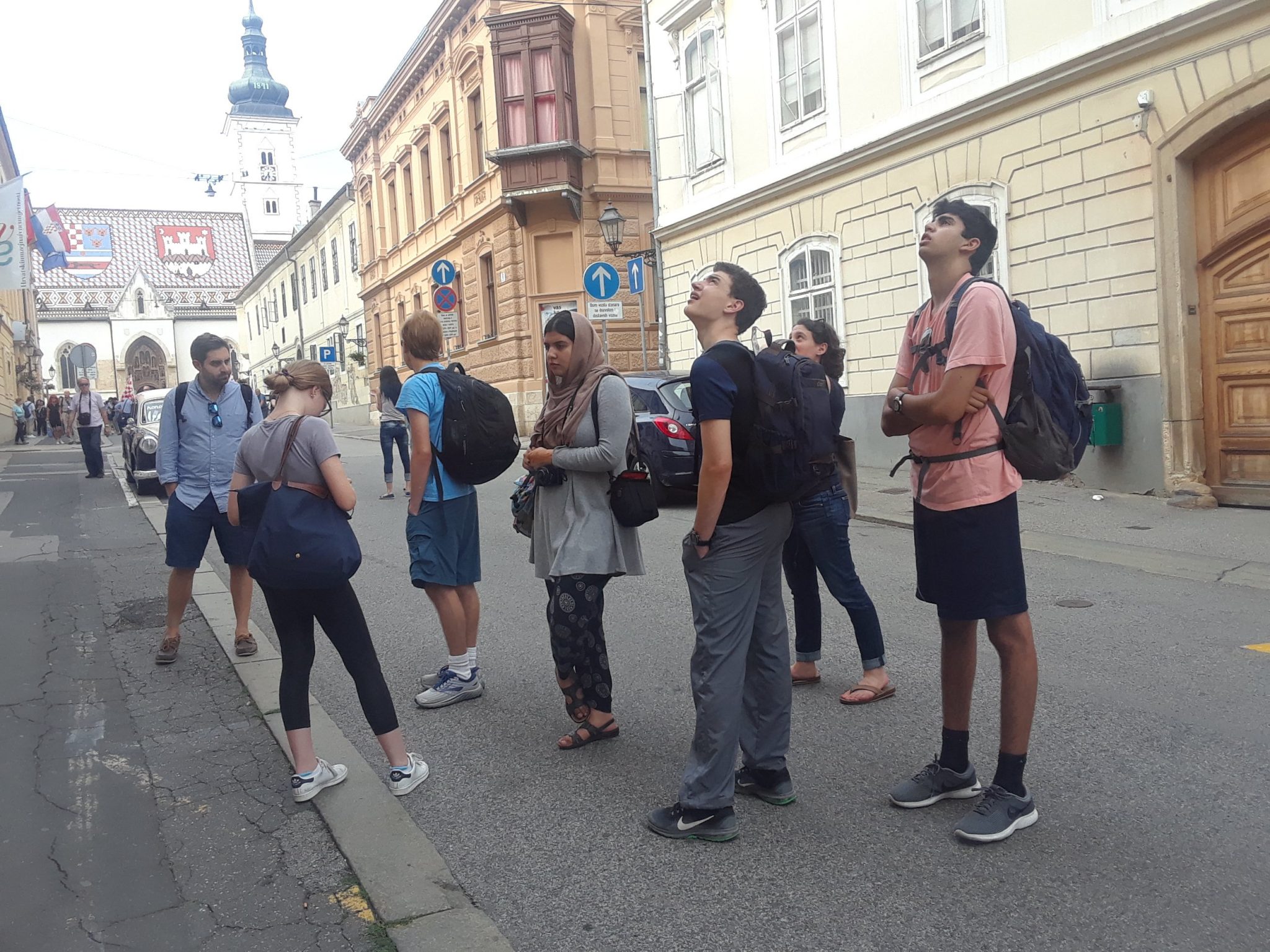 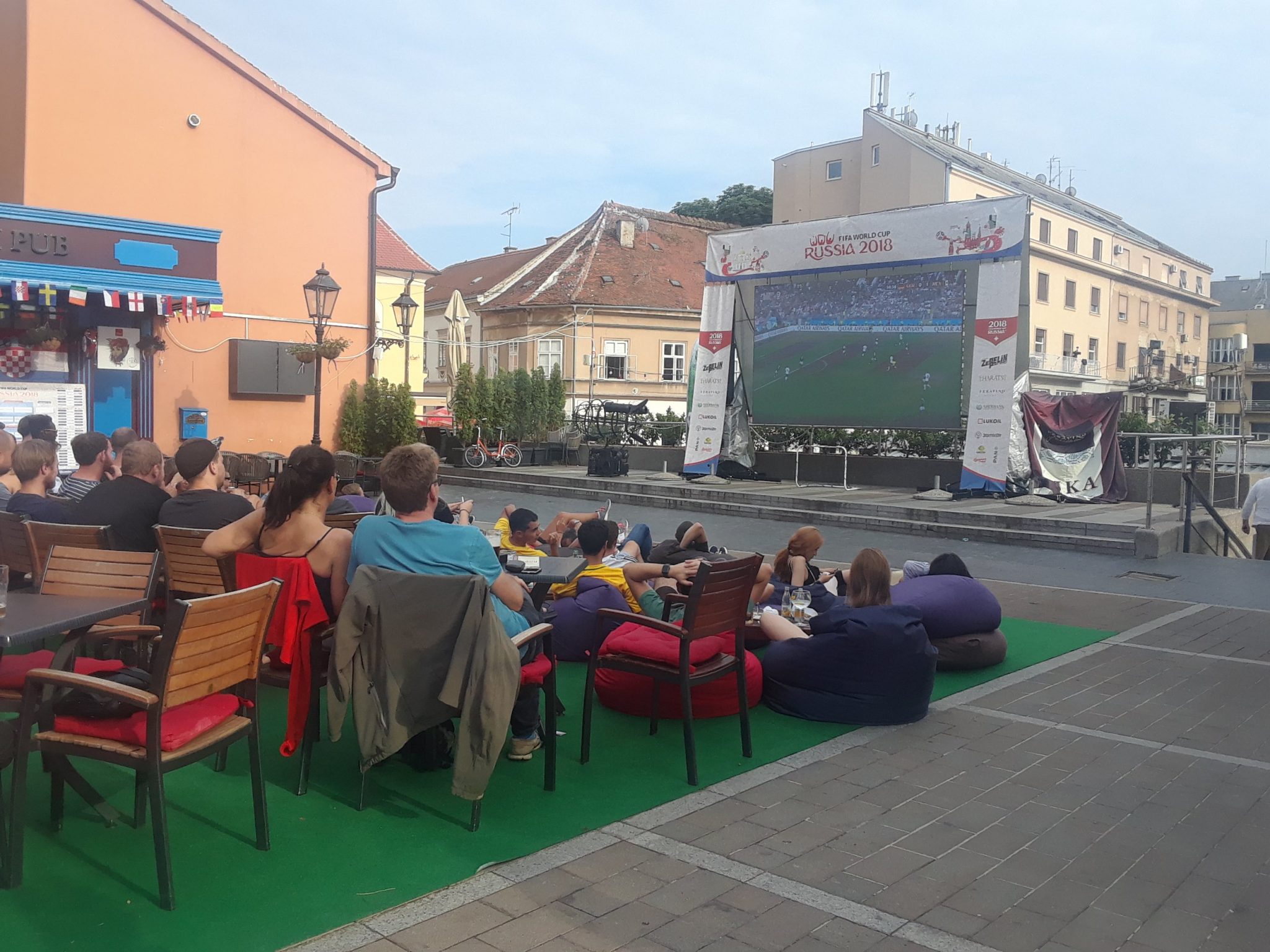 Today we explored the Austro-Hungarian part of Zagreb as well as a bit of the medieval portion. We fortified ourselves with gelato first, and walked the hills to the Strossmayermartre, before heading to the main cathedral and then dinner. We turned in early, since we’ve been up for over 27 hours or so! Our travelers were already noticing what was different than American culture, and yet similar. The group ended the night by noting the best word that described their day, what challenged them, and what surprised them. We will start diving into the history of Croatia more tomorrow and think about what it means to be Croatian. (This will also involve catching portions of World Cup games!) 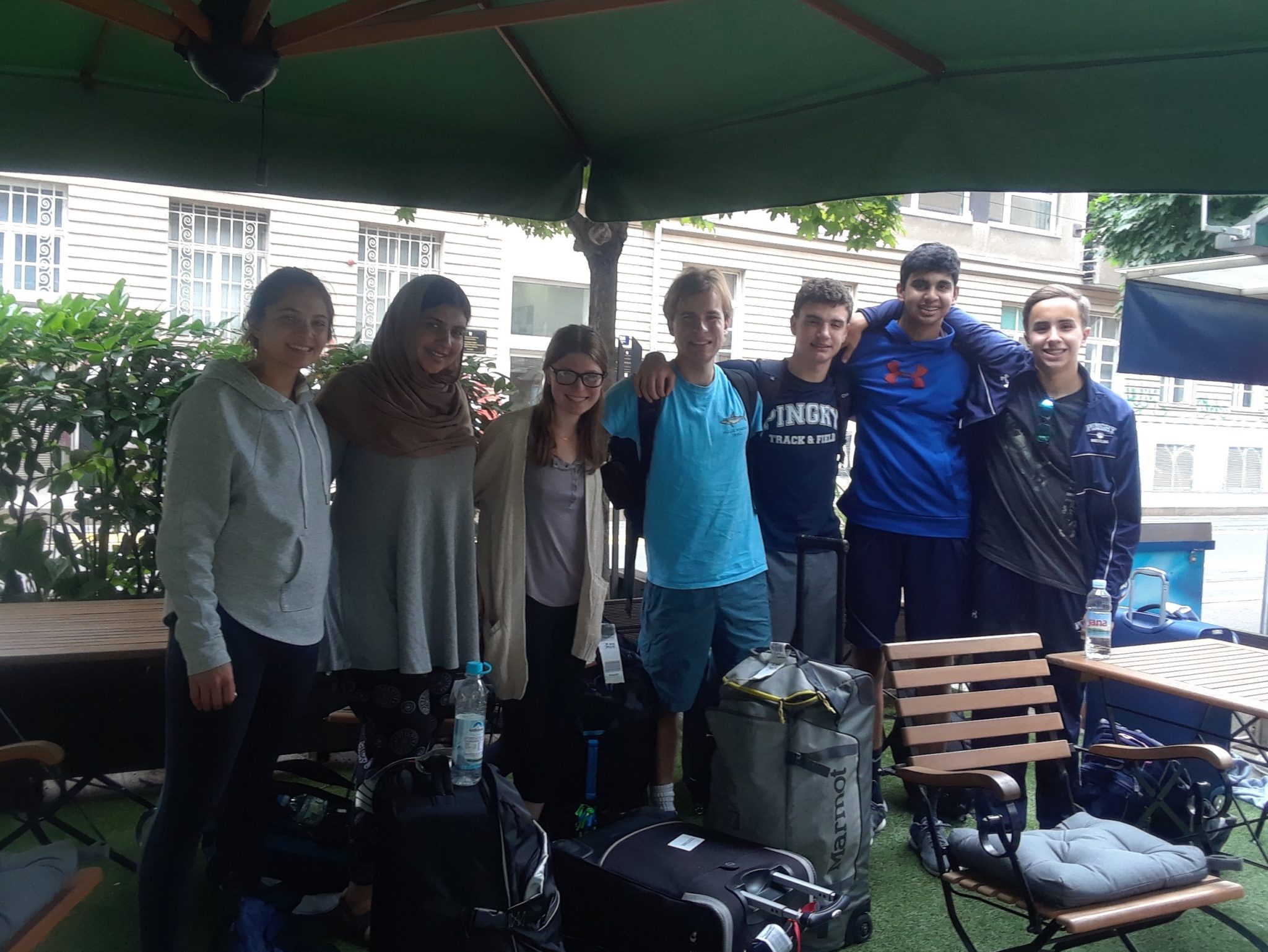 Checked in to our hotel and excited to start exploring the city.

Waiting at the gate for the connecting flight to Zagreb. Everyone slept at least a little on the plane!

Welcome to Pingry Global Programs Sites. This is your first post. Edit or delete it, then start blogging!